OFF-SHORE DRILLING
On January 4, 2018, the United States Department of the Interior announced plans to allow offshore oil and gas exploration and drilling in nearly all U.S. waters. Prior to this announcement 94 percent of the outer continental shelf was off limits to oils and gas exploration.

In February and March 2018, the Department of the Interior and the Bureau of Ocean Energy Management ("BOEM") held public hearings throughout the country to afford businesses and individuals an opportunity to voice their concerns.

Two hearings were held on Long Island. One organized by the New York State Environmental Committee, Long Island Sound Task Force and the Commission on Toxic Substances and Hazardous Waste. A second was hosted by the Department of the Interior and BOEM. Both hearings were well attended, and representatives from VOBEC and the Fire Island Association were in attendance. Testimony was taken at those hearings, and written opposition to the plan was allowed.

Opposition to the proposals had been fierce - and bi-partisan. All Governors of coastal states, with the exception of Maine, have opposed the plan. Environmental groups also have been very vocal in their opposition.

BOEM was expected to announce a more detailed plan with respect to off-shore drilling, and take further public comment on that plan, however, in April 2019 the administration announced that all plans to offer leases in the Atlantic and the Artic are stalled pending resolution of a lawsuit in federal court in Alaska.

On June 30, 2022, the Biden administration proposed up to ten new oil and gas leases in the Gulf of Mexico and one in Alaska's Cook inlet however the lease sales are on hold while the administration considers its options for a proposed five-year leasing plan. The plan is not final and will go through a public comment period. VOBEC is a mayor-appointed commission whose purpose is to preserve and improve the quality of the natural and man-made environment within the Village in the face of population growth, urbanization, and technological change and their subsequent demands on natural resources. These areas of focus reflect this mission of maintaining and improving the quality of our life experience and our efforts to foster unified action on environmental problems. 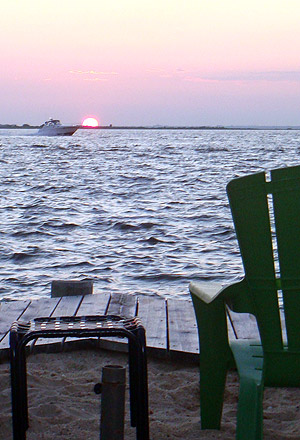