ANIMAL MANAGEMENT
For information about who to contact regarding injured wildlife, please see: Keep Wildlife Wild. Also, for anyone interested there is an app called Animal Help Now that can be downloaded to find local assistance for any wildlife rescue.

Deer, raccoons, feral cats, foxes, toads, turtles, and birds: they are all part of the landscape here because we are all part of the same eco-system. We are committed to educating our community in the ways of managing them in an ethical and humane way.

Deer
One of the most delightful experiences of Fire Island is seeing deer grazing along the sidewalk. But remember, DO NOT FEED THE DEER, no matter how appealing they may be. It encourages them to rely on handouts, and artificially increases their numbers, dooming them to starve to death in severe winters. In this case, it is cruel to be kind!
» click here to download our "Please Don't Feed The Deer" color poster

Cats
Have you seen lots of cats clustered together in your walks in Ocean Beach? Chances are, you are seeing a managed colony of feral cats. These cats are here due largely to careless vacationers who have left unwanted pets behind. Abandoned to fend for themselves, they quickly revert to a feral (wild) state. A local group, Fire Island Animal Welfare Society (FIAWS), diligently works to foster and encourage adoption of these cats. For those that are not strong candidates for adoption, FIAWS assures they get neutered and provides life-time care. So if you see a cat with a clipped ear (the universal sign of a neutered feral cat and similar to an ear piercing), it is likely that you are seeing a cat in this managed feral colony. To find out more about this group, check out their website at fireislandanimalwelfaresociety.org

Raccoons
Raccoons are fun to watch as well, but not so much fun if they decide to set up housekeeping in your chimney or in your house. Don't be surprised if you don't see them very often. They are nocturnal, which means they are most active at night. Secure your garbage to avoid attracting raccoons.
» click here to read about humane ways to keep raccoons out of your house

Foxes
The fox population in Ocean Beach has declined recently from its peak a few years ago. Fox are omnivores, existing primarily on rodents and insects.

Horse Shoe Crabs
On nights of full and new moon in April and May, when tides are highest, horse show crabs appear on our beaches to spawn. To find out more about this ancient creature-which is not a crab at all-go to oceanservice.noaa.gov/facts/horseshoe-crab.html 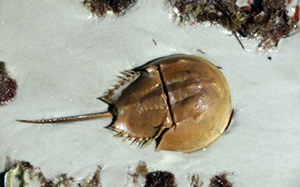 Toads
Toads are wonderful to watch, and not uncommon on Fire Island. They are great to have around because they eat what most people consider pests: flies, mosquitoes, and slugs. Did you know you could make your yard more receptive to toads?
» click here to find out how

Birds
As part of Fire Island National Seashore, Ocean Beach is a birder's paradise. Because we are located along the Atlantic flyway, more than 330 species have been recorded on Fire Island, about a third of all species found in North America! This would include both resident and migrant birds. Fire Island is one of the best birding locations in the New York area, especially during the spring and fall migrations.

Two endangered and threatened bird species are known to nest within Ocean Beach: the piping plover and roseate tern. Fire Island National Seashore's piping plover monitoring and protection program begins in March with a restriction on driving, pets and kites on portions of the beach. Symbolic fencing is installed to mark suitable plover habitat.

The population of piping plover in New York (all of which breed along our shoreline) declined from 457 pairs in 2007 to 286 pairs in 2014, but has since rebounded to 381 pairs in 2016. In 2016, only 1,941 pairs of piping plovers existed worldwide and the piping plover remained vulnerable to extinction under the Endangered Species Act. VOBEC is a mayor-appointed commission whose purpose is to preserve and improve the quality of the natural and man-made environment within the Village in the face of population growth, urbanization, and technological change and their subsequent demands on natural resources. These areas of focus reflect this mission of maintaining and improving the quality of our life experience and our efforts to foster unified action on environmental problems. 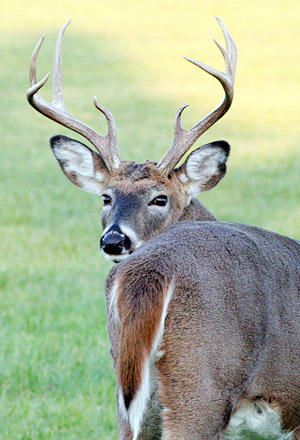